It’s been hard the past two weeks to go a day without reading about Bioshock.  Whether it’s the rave reviews the title has been receiving, or the people upset with PC version limitations, it’s big news, and rightfully so.

The environment and mood of the game are what sell the game for me. These two elements really help immerse you into the world of Rapture, an underground civilization created by a visionary, Andrew Ryan, a man who’s lost his mind. Set in the 1960s, the plot is rich, though it’s a little slow to start. You’re pretty much thrown into this world left to fend for yourself with a little guidance from Atlas, a dweller of Rapture that communicates via radio. It’s up to you to go after Ryan and take down the society gone mad.

The graphics are amazing. I’ve never played Gears of War, but I hear the graphics are comparable. To think that about 15 years ago we were playing Wolfenstein 3D and now we’re seeing things like this is pretty amazing.

Then, of course, there are the plasmids, which are your special abilities.  Shoot electricity from your hands, set foes ablaze, or even pickup and hurl objects  at your enemies with telekinesis.

If you enjoy FPS games, definitely check this one out. It’s probably the best game to be released on the Xbox 360 this year.

So this year I’ve reviewed a handful of games for Sony’s ill-received child, the PlayStation Portable.  Upon introduction to the market, I heard that the only game worth playing was Lumines.

Fast-foward a year, I demo a game or two in-store to find that to still be true.  Fast-foward again to this year, and there have been some decent games coming out for the system. Crush, Ratchet & Clank, Chili con Carnage (a guilty pleasure), Jeanne D’arc, and now I’m working my way through Syphon Filter: Logan’s Shadow.

I think it’s great the system is finally having some worthy games coming out, and Sony is even relaunching, sort of, the PSP itself with the new slim model. It’s just sad it has taken more than two years for it to finally be a worthwhile purchase.

Now, I’ve never played a Syphon Filter game in the past, but I heard they were fun to play through.  Well, this  game, the sixth in the series, proves that “hearing” true. When I play the game, I oftentimes find it hard to put down.  It was a plot, though not the best (but better than the constantly re-hashed Zelda plotline). You’re a special ops guy out to save the world without getting killed. Typical spy stuff.

I love the ability to sneak around and pick enemies off one by one by shooting them in the head from around corners, or to just storm into the place with your AK-47 blazing. There are times, though, when you must sneak around. If you don’t do that, no worries. If you die, you simply restart from where you were, no punishment involved. It’s kind of nice, but it really reduces the difficulty factor.

I remember when games were something that required time, dedication and skill… but that’s a post for a different time.

Ever since the ESA announced E3 would be scaled back and made to an invite-only event, people across the net have been up in arms about the whole thing. I really don’t understand why.

You see, it was always meant to be for people in the industry. That would include developers, publishers, press, marketing/buyers. And by buyers, I don’t mean consumers that walk into Best Buy and pick up a game. I mean the executives at Best Buy (and other companies) that tell the publisher, “Hey, I want X copies of title Y for Z number of stores we operate.” END_OF_DOCUMENT_TOKEN_TO_BE_REPLACED 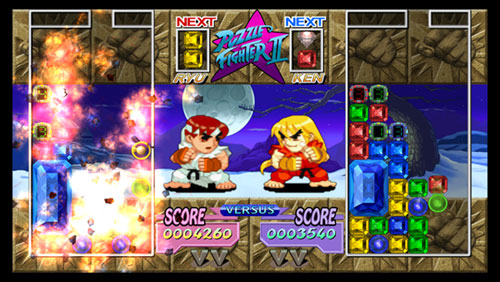 I’ve been a fan of the game since I first played it at an arcade, then later on the Dreamcast. I’ve been following the release of this game since it was announced for XBLA, and finally got some hands-on time with it at this year’s E3. Strangely, I only saw the PS3 version to demo. I’m sure the 360 one is play the same, but with a horrid d-pad implementation.

END_OF_DOCUMENT_TOKEN_TO_BE_REPLACED 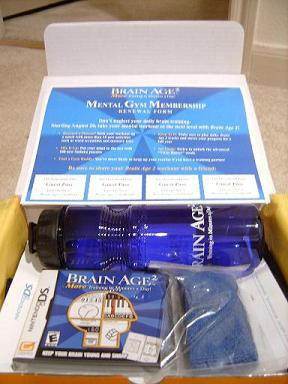