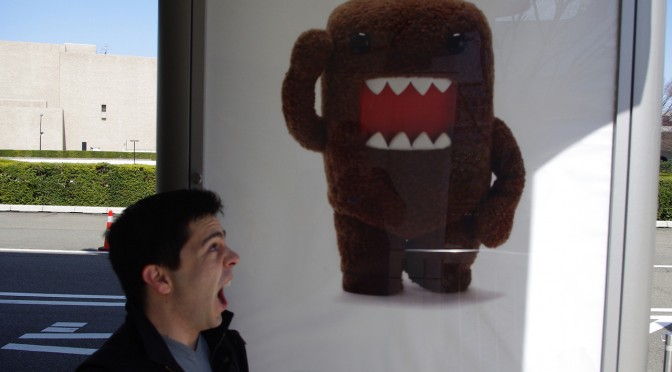 You may or may not know that in college my major was journalism. Before that, I was incredibly shy and had a tough time talking to people I had never met before. Well, when you’re a journalist and interviewing people, you have to talk. And I learned how to, with everyday people to international celebrities, both American (Hoobastank, Bruce Campbell, and more) and Japanese (Koda Kumi).

I’m still a shy person, but I can “turn on” that mode and talk to people. Unless it’s a big group. But I’m glad I learned how to.

Sunday, I met up with someone I’ve only interacted with before via Twitter and Facebook–Junko! In a fun twist, she wanted to interview me! A video of it will be posted at some point on her company’s YouTube channel in the future. I’ll make sure to post a link to it on here when it happens. ^^ Also, someone she had talked to for the first time ever that morning, Grace.

Anyway, learning to overcome fears is a great thing that more people try to do. It’s allowed me to meet some awesome people, some I now consider to be friends. =)

One thought on “Tables are turned”