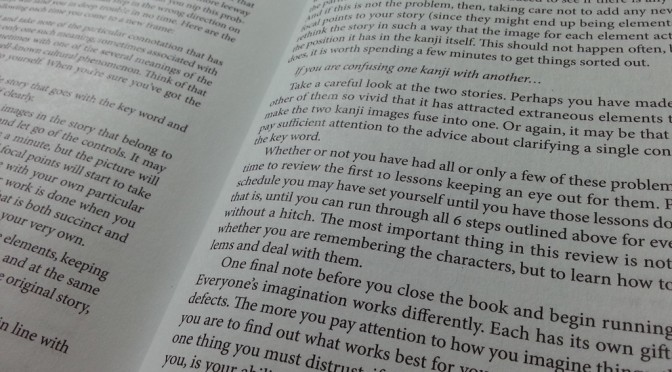 I’ve heard of speed reading and things like that, but I’ve never really given it thought before. I just assumed it’d be tricks like skipping over simple words, like prepositions. But in fact, there’s more to it, as I’ve recently learned.

A few weeks ago I came across a link for Spreeder, a free site sponsored by the makers of 7 Speed Reading. Basically, you copy/paste text into a window. Then site runs some fancy javascript and jQuery scripting magic to adjust the rate at which is shows the words to you.

The premise, and what kind of opened my eyes to speed reading, is that most people, myself included, tend to read only as fast as you can say the words. That is, when you read, you often have a voice in your head. If you can silence the voice, you can read faster. So, the site will parse the text you pasted, and show you one word at a time on the screen, in rapid succession. It starts you off with 300 wpm, but you can adjust it up or down in 25 wpm intervals. Mine is set to show me two words at a time at 950 wpm.

It’s an interesting concept, and I will say that when I use Spreeder I read much faster. 7 Speed Reading claims there are many more methods, and it’s something I may invest in later this year. After I’ve received a few more paychecks.